Today most video games and especially indie developers lose money and scaling up opportunities; most games studios constantly struggle with pricing and how to manage it. This is hindering their ability to stay in the race and make good business. Also, the cost of user acquisition reaches record highs each year making the situation even harder. So, rejecting best practices such as dynamic pricing from other industries is irresponsible! Pricing needs to be analyzed continuously. With our sophisticated pricing analysis you find out what sells and what doesn’t. Identify high seasons and top products, monitor how discounts and competitor prices affect your demand and react to it to defend your revenue. Use the forecasting to complement your decision making process. And the best is that you can beat competition by reacting faster to market changes! We enable that your prices are always optimal for turnover maximization based on price elasticity of demand. Apprien can boost your LTV either by increasing prices when the willingness to pay is higher or by optimizing sales volumes when competition is hush. This method used by successful mobile game companies worldwide is now available for you too.

And best of all – it’s totally automatic. Sit back and let Apprien take care of the daunting job of pricing a whole range of your IAP products. In the meanwhile you and your staff can monitor growing revenue streams on the dashboard and focus on developing the key areas of your business. 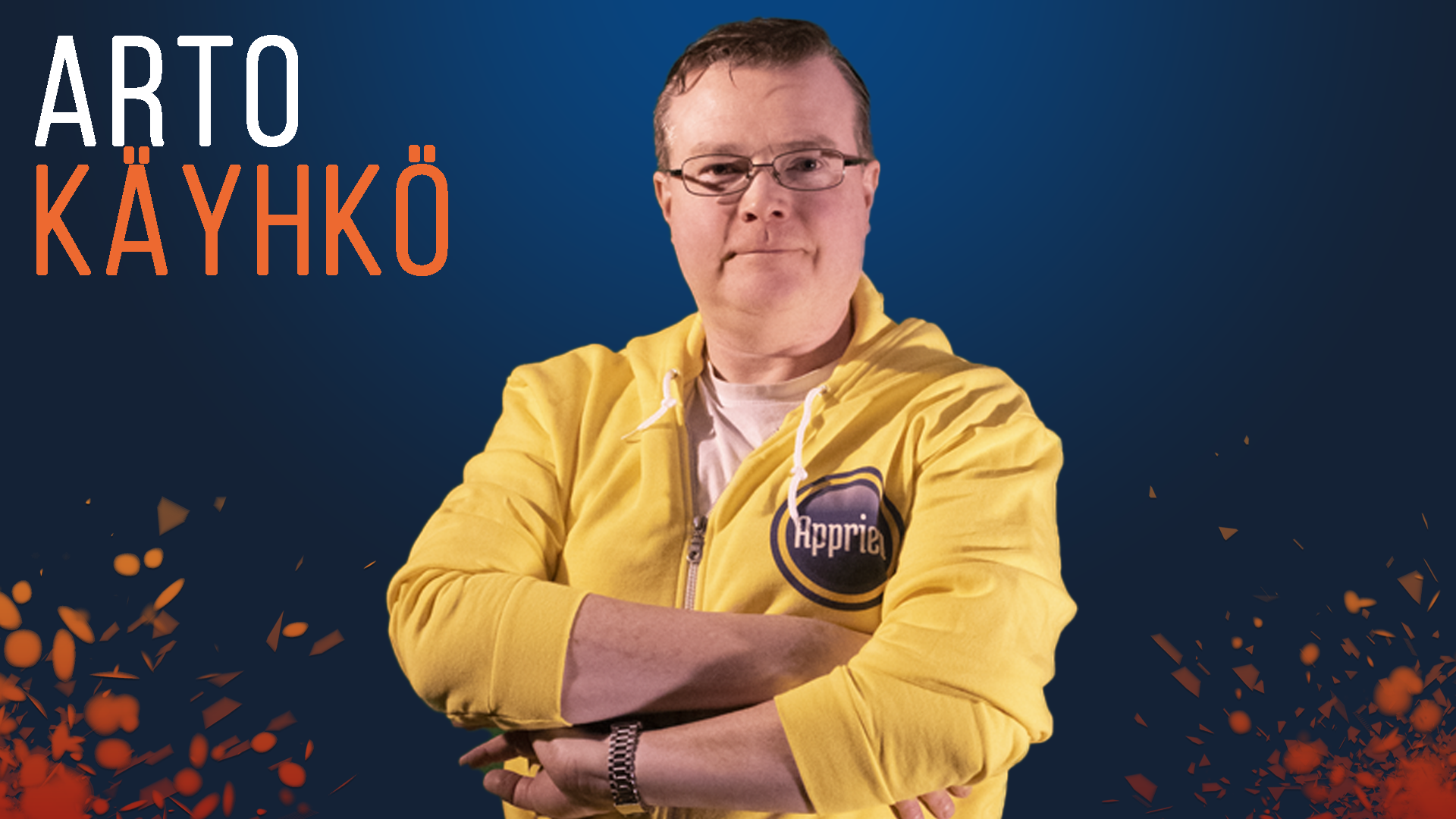 It´s that time of the year again when the video games industry from all over the world gather under the North-Californian sun and check what is happening and whose doing it!

Guess what – the lovely “yellow birds” the team Apprien Arto and Jesse will be there too. Come to meet us and hear what have we been doing with our 115 million users and of course grab your invitation to the legendary #ApprienParty ! See you in San Francisco 15th to 20th of March.

Our crew from both Apprien and Game Studio had a great time out in London at PGC 2020! Good chats and great meetings were had, and of course it was a pleasure to see so many people at the Apprien Party on Monday!

Jesse and Arto continued onwards to White Nights Amsterdam, where they are still available to meet all of you. Just go find their booth and see what’s up!

Come to meet Arto and Antti from team Apprien at the Pocket Games Connect 2020 in London. We have with us also our PHZ Game Studio representatives Jesse and Henri, so you have excellent opportunity to see and test our new game in the works, called Siege Castles. Cheers and see you in London

PS: Apprien Nordic Dev party is on again on Monday 20th. Invitations from Arto and Antti 😉

We had a fun evening with Aalto University Executive Educations 5th Game Executive course members from all over the world. The participants from Ireland, Russia, Catalonia, Brazil among others where really surprised about the Finnish Sauna and spa (palju as we call it in Finnish). We also showed our Siege Castle game and presented Apprien dynamic pricing engine and that led us to a vivid conversation about IAP pricing. Thanks for coming and thanks Sisu Ventures, Play Ventures and AaltoEE for such a great evening! We made lot´s of new friends of Apprien 🙂

The team Apprien and PHZ Game Studios join forces in participation of Paris Game Connection 2019! Come to meet us at booth 102a and see the latest version of Siege Castle game and talk about IAP monetisation options! We also have a pre-event party with our friends from Bonus Stage ltd. Pa

One of the most important things in game development, is to understand the importance of scheduling.

Games are one form of art. Which also means that it’s almost impossible to call anything “ready” or “complete” when talking about game features. It can be never ending process, to work with something because it just doesn’t feel/look “as good as I want it to be”.

Iterating stuff is good, but at some point you just have to let it go and move forward. That’s either your extreme self discipline, or the deadline which is tomorrow.

So how do you create efficient schedules for your game project? I’m going to drop down concrete steps, which you should mark into your calendar. The time you need to reserve for these tasks depends on the size of your project.

For the first markings for your calendar, you are not supposed to mark the launch date just yet. Now you need to focus to get a clarification as soon as possible, that the game you’re planning to make is interesting enough for the players. Once you’ve successfully got through the following steps, you will most definitely have a clear vision, that should you continue or leave it right there.

When is your core design complete and written in a format that others can read it? Yet again, it’s easy to just skip this and think that “I can keep on working with it in near future, why focus on writing it now?”

With “Core Design” written, you are more ready to ask for feedback from fellow developers even without writing a single line of code. (Why not drop your “Core Design” document to our Discord channel?)

When is the first playable prototype complete which you can show for your “closest friends” and/or colleagues? With this prototype, you’re supposed to show that the game idea really is interesting and offers something unique. Set a deadline for yourself, when you’re supposed to share it! (You can use pages like itch.io to do it as well.)

You need rules which direct your work when creating graphics for your game. These rules is to make it easier to create similar graphics through the development process. Without the rules, it’s rather easy to sidetrack from the “original idea” and create something totally different. (For more information of “creating rules” I would suggest you to watch this episode of “So you wanna make games”)

Full description of the game your about to create. What kind of mechanics, features, monsters, weapons and such will it include?

You’re not supposed to write down all the possible stuff. This is the moment to clarify the size of the project for yourself and understand are you even able to create it. If yes, how long will it take?

When will the first playable demo be out? This is the version which is supposed to be entertaining for your core group. It may still be buggy, but it’s appealing and raises the interest. Set a date when you are supposed to be releasing it! (You can use pages like itch.io to do it, or why not Game Jolt?)

When will you have a small slice of your game complete, which feels 100% complete and works as an proof of your skills. Vertical slices are mostly created to be shown for the publishers, to clarify that you’re able to create something awesome and epic, but you just need more time to create more content.

With vertical slice you can also able to start recording gameplay material for awesome teaser/trailer which you will be needing in the next step.

When will you start spreading the word of your game for press, influencers and similar? You need this date to your calendar, since without it you may get lost into polishing, fixing and tweaking your game for ages. Make a trailer of your game and start pounding the “marketing drum” to get eye-balls for your creation!

Once you’ve done all the previous steps, you should be getting visibility for your game. If you’re new, the amount of visibility will not (most likely) be insanely high, but it’s something! It’s good to understand that this is the moment where you should be able to define, is the game interesting and appealing enough that it should be finished and shipped. The previous steps took you X amount of time (depending on your project), but finalizing the game will take a lot more. Think carefully, is the numbers showing that you should do it?

The team Apprien joined forces with Aalto University Executive Education and GamesMakers of Finland and participated as a co-sponsor for the September Networking event of IGDA Helsinki chapter. We had a fantastic evening and a lot of meetings with new and old friends. Especially great to see that the gaming industry community is so interested about enhancing their networking capabilities.

Also the panel discussion with MiTales, Barona, Critical Force and others was also top notch and raised vivid conversation among the audience. Happy to be part of the event and definitely coming back again.